Federal Funding in the New Administration

As President Obama’s second term comes to an end, President-elect Donald Trump will take office having already voiced plans to enact policies that could impact UC San Francisco’s primary missions. The Academic Senate recently spoke with key members in the UCSF Science Policy and Strategy Group, as well as the Government Relations Office, to discuss faculty concerns around decreased federal funding for biomedical research and advanced patient care, or the elimination of such funding altogether. 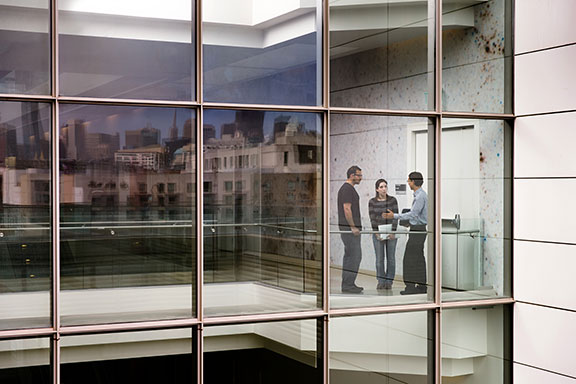 “[President-elect] Trump has declared that he wants to raise federal support for defense while at the same time cutting discretionary spending, and those are the funds that support health research and care” Keith Yamamoto, Vice Chancellor, Science Policy and Strategy said.

Vice Chancellor Yamamoto’s efforts aim to maintain UCSF as a national leader in health sciences and to influence local, state, and federal policy that pertains to biomedical research and healthcare, as well as education.

“We are the first UC campus to have a person in D.C. dedicated to dealing with federal agencies and national legislation that drive our endeavor, as it was clear from our experience that being onsite is essential to influence policy,” Yamamoto said.

Alpert is based out of the UC Washington Center (UCDC), and is UCSF’s primary liaison to Congress, the Administration and federal agencies.

“While we cannot predict the future, the likelihood of federal funding being eliminated for research is highly unlikely. There is a greater chance that federal funding will experience a significant decrease in the next Congress,” Natalie Alpert advised.

Much of the concern stems from the expectation that funding priorities will change under Trump’s Administration. Expected efforts to repeal and replace the Affordable Care Act (ACA), or the proposed annual reduction of non-defense discretionary spending by one percent for a decade (known as President-Elect’s “Penny Plan”) will place stress on an already tight State budget, further reducing funding to state universities and colleges, and at the Federal level, to cancer and medical research.

“While research is something Republicans and Democrats generally agree on, the amount of funding for domestic spending will most likely be smaller in the next year, so the amount of money available for research is likely to be smaller,” Alpert said. “This leads to greater competition over the funds available.” 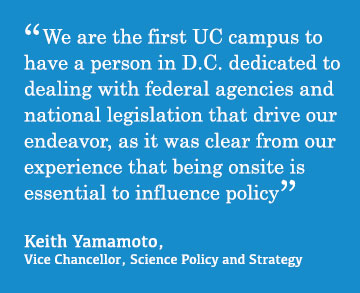 Federal departments and agencies will submit competing budget requests to the Office of Management and Budget within the Executive Office of the President.

“We have been active in establishing relationships with other federal agencies that support research and we are making it clear that UCSF can contribute to biomedical research goals,” Takayama said. “We have representatives in Congress, including Nancy Pelosi, Jackie Speier, Dianne Feinstein, and Kamala Harris, that are aware of UCSF’s mission and have been supportive of us in the past.”

UCSF has also been working to expand relationships with other agencies, including the Defense Advanced Research Projects Agency, the Department of Defense, the National Science Foundation (NSF), and the Department of Energy. These efforts may have contributed in a small way to the $24 million NSF Science & Technology Center grant won by Wallace Marshall and colleagues for the Center for Cellular Construction.

“One of my real concerns over the possible decrease in federal funding is that fundamental research as a whole will run into a challenge,” Hook-Barnard said.

UCSF’s involvement in innovative national and state initiatives—including 21st Century Cures, Vice President Biden’s Cancer Moonshot Initiative, the Precision Medicine Initiative, the California Initiative for Advancing Precision Medicine, the Chan Zuckerburg Biohub and Precision Oncology efforts—already place it as a thought leader for cutting edge health science research. UCSF’s status as one of the top two recipients of NIH funding in the country also underscores its role as a leading institution for health sciences research with an international reputation. However, developing a strategy to maintain and improve upon its position with the new administration remains a question.

UCSF, with other California Cohort Consortium institutions, is now participating in the NIH led Precision Medicine Initiative, which aims to discover treatment options that can be tailored to each person using a variety of health data, including environment, lifestyle, and genetics factors. The NIH “All of Us” Cohort program will gather health data and treatment outcomes from participants across a wide range of racial, ethnic, geographic, socio-economic levels, and age groups in order to accelerate research and in turn improve peoples’ lives.

During their 2016 visit to UCSF, Vice President Joe Biden and Dr. Jill Biden met with renowned cancer experts to discuss new approaches to battle cancer as part of the Moonshot Initiative. Vice President Biden emphasized that the battle against cancer cannot be accomplished unless support is received from all political parties. 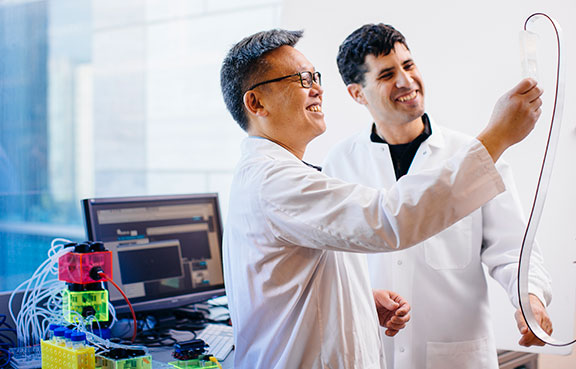 “Whether Republican or Democrat, there is no one who is immune to getting cancer, heart disease, or any other type of illness, so I believe that UCSF has an advantage in pleading our case,” Takayama said.

Besides the possibility of the federal funding decrease, Takayama also stated his concern over the possible repeal of the Affordable Care Act (ACA).

“I think the potential repeal of the ACA could have a significant impact to hospitals and academic medical centers nationwide,” Takayama said. “There is a great deal of uncertainty about what the future holds for programs like Medicaid and Medicare.”

“ACA repeal would erode our [Nation’s] ability to serve patients and to train the next generation of physician scientists, basic scientists, and social and behavioral researchers,” said Yamamoto.

With respect to NIH grant support, all four of UCSF’s professional schools are ranked number one in the country, so a decrease in those crucial funds could jeopardize the entire institution.

In recognition of these concerns, UCSF is joining with other healthcare institutions and programs across the country to advocate for quality, advanced patient care, as well as maintaining a strong presence in Washington DC to promote sound policies and robust support for research.

“While policymakers have traditionally called upon universities close to the Beltway, that is changing,” Yamamoto said. “UCSF now has a substantial impact in DC because of the quality of our community.”

For those faculty who wish to add their own voices to those discussions, Yamamoto and Takayama encourage them to contact Natalie Alpert (natalie.alpert@ucsf.edu).

Takayama said that faculty should view Alpert as a resource, as she serves as a liaison for UCSF to the Administration and Members of Congress in Washington D.C.

“I don’t think faculty have truly taken advantage of the resource that Natalie is,” Takayama said.

Alpert believes that even in the midst of an uncertain political climate, UCSF’s reputation in research, healthcare, and education is strong enough to succeed in any environment.

“I know there is a growing interest about advocating in DC, so I am always happy to talk to faculty members,” Alpert said.

Kathryn Sill is a  Communications Specialist in the Academic Senate Office, San Francisco Division. She can be reached at kathryn.sill@ucsf.edu.